The Loud House is a Nickelodeon cartoon about a boy named Lincoln Loud, who is the middle child in a family with ten sisters.

References to The Brady Bunch 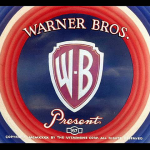